The exact details aren’t likely to be known – at least not until Mark Bowden or Sebastian Junger writes the book, and Mark Whalberg stars in the movie. The story has changed with nearly every telling, but what you make of that says more about you as a listener than it says about the tellers. 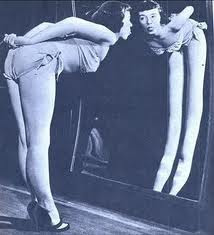 Realty is messy and humans make lousy witnesses. They serve worst of all as witnesses to the events of their own making. The true truth is that a simple trip to the grocery store for bread, eggs and milk involves considerably more detail, randomness and potential chaos than most careful observers can capture with their senses, and tremendously more than almost anyone is capable of accurately reporting to another person. It’s frankly a little demented that we should somehow expect to be able to know the precise details of a close combat engagement in the dead of night on the outskirts of some third-world shithole town of which almost none of us had heard before Sunday night.

What does any of this have to do with the job of your average suburban sheepdog, whose duties are clear and close and mercifully unaffected by considerations of how properly to bury those he has to kill? Just this: Robert’s Rule states that you must “Never act on wishful thinking.”**

This is terribly hard to do. But it is made measurably harder when we get used to giving in to a political culture that trains its inhabitants to surrender facts for feelings, reason for emotions, logic for ideology, persuasion for invective – and to debate, in terms of highest heat and lowest light, the deep meaning of the particular pieces of ignorance they share about a moment of combat they did not witness. You have to resist, lest you be drawn into this way of thinking.

Some of us will believe any story we are told, so long as Glenn Beck or Mike Malloy or Barrack Obama or John Boehner do the telling. Some of us will choose not to believe anything anyone says, content to limit our world and its history and complexities to our own limited field of view and understanding. Plenty of folks, it seems, won’t be satisfied until they see the real time video that made Hillary Clinton stifle a gasp – even though she says she was really covering a cough, and even though if they had it on a flat screen plasma television, with a NavSpecWarDevGru veteran narrating over their shoulder, they STILL wouldn’t know what had really occurred.

But let’s say for just a minute that we could, that there could be some Jumbotron, IMAX documentary that we could all agree showed “what really happened.” You know in your heart of hearts that still wouldn’t be enough. Because where you stand depends on where you sit. Because the folks who make a living out of hating President Obama have columns and commentaries ready to go, excoriating him with equal vigor for withholding the death photos, and for releasing them. Because the folks who make a living supporting the President were similarly prepared to defend everything from UBL being dismembered and ground into hog feed to his imprisonment in the hospital ward of the county jail.

For all the millions of Americans who greeted the news of UBL’s death with the pronouncement that they wish they’d have been the one to pull the trigger, there are that many and more who do pull the trigger, every single day, to murder their vestigial common sense in its squalid crib, lest it crawl out and disturb their pre-conceived notions of who’s a good guy and who’s a bad one. This week’s triumph of American intelligence and tactical prowess has held a mirror up to that as nothing has since . . .  well, last week’s release of a birth certificate.

In the meantime, though, did you hear? They actually captured UBL years ago, and they’ve had him in a cryogenic chamber, so they could stage a pretend raid, thaw him out, shoot him and pretend to bury him at sea when they wanted to divert our attention away from  . . . . um  . . . . hmmm.

What was I saying?

* Indeed, I always find it hard to believe every time a helicopter gets airborne in the first place -- a reaction shared, in my experience, by many men who fly helicopters and nearly all of those who service them.