So costly a sacrifice

I grieve for Officer Sean Collier. One can hardly imagine a more dedicated, a more stalwart, more Boston cop. Human beings are made to feel the loss of the young most keenly, and this was a young man – not yet a husband or father. He died his mother’s baby, as only an Irish mother’s son can be. Though my grief for Officer Collier cannot approximate the grief of his family, my grief is not abstract; by no means of the character of some news anchor "sending out" his obligatory “thoughts and prayers.”  I know this pain precisely. I know it well; have known it nearly all my life. 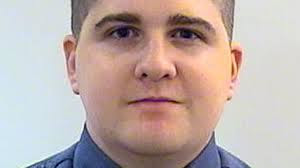 But of course I did not know Officer Collier. I’ll almost certainly never meet anyone who did. Likewise the little boy too like my own to bear much thinking about; nor the vivacious waitress who was her grandmother’s unreserved favorite; nor the promising and pretty young student who traveled half a world to study where she died. I do know that none of them began that day knowing it would be the last day.

I do believe my prayers for their families and for the scores of the maimed and shattered are efficacious. But I am too poor a Christian – I confess it, Lord – to let it end there.  I do not want my sentiments, however deep, to be “weak and fruitless.” I have no wish to beguile anyone from this grief.* Instead – and I sense I am not alone in this – I long to know what I can do that will honor these lost and broken lives, this costly sacrifice.

Here’s what I've come up with so far:

I can seek the truth, demand the truth, and face the truth about how these lives were sundered, and I can see that truth told in every corner.

I can resist anyone and anything that would shape these lives into a fulcrum upon which to lever an agenda of repression, or that would reduce them to a “crisis not to be wasted.”

I can be ready and trained and able and – most important – willing to be the man in the cowboy hat.

I can rededicate to vigilance and scorn complacency, so that insofar as I can be, I am an effective sheepdog to the flock I love.

I can make my last words before parting from family each day so sweet that if they should ever turn out to be my last words altogether, neither I nor they will ever have a moment’s regret for them.

I can rejoice at the end of each day that finds us under the same roof, whole and hopeful and together, recognizing that routine miracle for the daily gift that it is.

I can cast out fear, I can refuse to bow to terror, and I can oppose the oppression of any man, while at the same time I find the floor with my knees, surrendering to the only One who deserves my submission, embracing His sovereignty.

* In what my particular friend has called “the greatest specimen epistolary prose ever written on the American continent,” Abraham Lincoln wrote the following letter to a grieving mother:

I have been shown in the files of the War Department a statement of the Adjutant General of Massachusetts that you are the mother of five sons who have died gloriously on the field of battle. I feel how weak and fruitless must be any word of mine which should attempt to beguile you from the grief of a loss so overwhelming. But I cannot refrain from tendering you the consolation that may be found in the thanks of the Republic they died to save. I pray that our Heavenly Father may assuage the anguish of your bereavement, and leave you only the cherished memory of the loved and lost, and the solemn pride that must be yours to have laid so costly a sacrifice upon the altar of freedom.

Yours, very sincerely and respectfully,

Controversies about who wrote the Bixby Letter are of no interest to me here. Whoever wrote the letter, it stands.

Posted by Robert Kuntz at 6:38 PM No comments:

A good and intelligent friend, a person with a fine education, good judgment and a kind heart, sent me this article in the wake of the Boston bombings this week. The tl;dr for the article is that we are predisposed to view and process terroristic acts committed by white folks differently from the way we view and process such acts when committed by people of color. It's a good article that makes a fair point.*

Author Tim Wise supported his article with a long list of white terrorists, illustrating his position that any narrative that paints such folks as anomalies is flawed. But Mr. Wise, it would appear, isn't entirely immune from the power of narrative himself. Because Bill Ayers, Bernadine Dohrn, Howie Macthinger, Ted Klonsky, Terry Robbins, Karen Ashley, John Jacobs, David Gilbert, Ted Gold, etc etc etc are conspicuously absent from his “pantheon of white people who engage in (or have plotted) politically motivated violence meant to terrorize and kill." **

Perhaps these left-wing*** violent radicals aren't on the list because they don't quite fit another narrative – I might better call it a slander – presently so popular in the press.  “We should not, must not, cannot speculate,” the sanctimonious pundit always begins. “But it sure seems possible (or reasonable or likely or evident) that this vile act was committed by someone opposed to the current gun control proposals." Who knew that so many television and radio talking heads were so fit and nimble, so able to leap to far distant conclusions at a single bound? And yet, in the past two days I have heard those words, or similar ones, on NPR, CNN, ABC and NBC with my own ears.

Now, we all understand that we cannot suggest Islam is inherently dangerous or evil despite the fact that radical Islamists have – motivated by their religion – committed serial acts of terror.  We all, I trust, know that we cannot lump all Muslims together and blame or fear them as a group or individually, simply because they are Muslims and so were those who bombed  the USS Cole, the World Trade Center, embassies in Africa, the Khobar Towers, the London Underground, the Spanish trains and the Bali nightclub, and perpetrated the 9-11 attacks. Even though we know that these attacks were carried out in the name of Islam, we do not hold Muslims collectively responsible for the acts of their misguided or deranged or simply evil coreligionists.

We should not, must not, cannot do this not only because it is wrong – I might better call it a sin – but also because it is not useful. It does us no good. It provides no basis for a policy. It cannot usefully guide our future behavior. It cannot make us safer. So why is it I feel certain that if the Boston bomber does turns out to have ties to any current, so-called "right wing" issue, that same understanding won't apply?

Maybe it’s because the Rahm Emanuel Doctrine ("You never want to let a serious crisis go to waste.")  has been so thoroughly embraced in this country, from the president on down, from MSNBC to Fox News, from the Democrats to the GOP. Maybe it’s because the blood on the streets of Boston had not dried – and I mean that literally – before that act of terror was being hammered into shape so that it would fit into this agenda or that one. No one, it seems, has the least interest in finding out actual facts and then rationally assessing how they might actually inform us.****

It is a shitty, stupid – and ultimately doomed – way to run a society.

* The point isn't a theoretical one – early reporting on the bombing stated that a “Saudi national” was in custody – and although the hapless fellow proved to have nothing to do with the bombing, that story certainly fit comfortably into a lot of preconceived notions and was widely repeated. (The grinning Facebook photo with the golden gun may not have helped.)

** As Wise proudly notes, Cornell West has described Wise as a “vanilla brother in the tradition of John Brown.” John Brown – considered by plenty of folks to have been a terrorist, however righteous his cause – was also absent from Wise’s list.

*** Interesting, too that, that Ted Kacynski is always included in a list of right wing domestic terrorists – merely because he was white? – when he was actually part of the pantheon of left wing "white people who engage in (or have plotted) politically motivated violence meant to terrorize and kill."

**** For what it is worth, I’ll take the opportunity to point out that everywhere I go, I have a blowout kit with me in the bag I carry and I know how to use everything in it. Traumatic injuries cannot be predicted, but what you do in the first few minutes – particularly with respect to controlling blood loss – can make a real difference even in the most devastating events. People who otherwise would have died this week survived because others on the scene – paramedics and just plain folks – knew how to stop their bleeding. These folks sell an excellent kit, or you can assemble one that meets your particular needs.
Posted by Robert Kuntz at 1:01 PM No comments: