Be afraid. Be very afraid.

United States Senator Chris Murphy (Team D. - Connecticut) is afraid. What, you ask, in a world wracked by terrorist attacks, unbalanced by a resurgent Russia, alternately frozen by polar vortices and simmered by global warming frightens Sen. Murphy? Of whom, you wonder, in a world populated with the likes of Donald Sterling, Abu Bakr al-Bahgdadi, and  Kanye West is Sen. Murphy afraid? 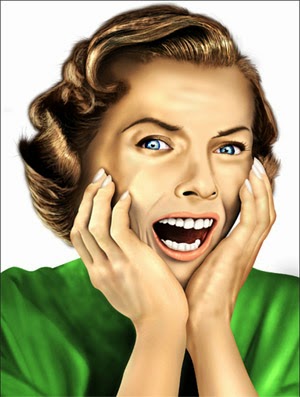 Well you might ask. Because the answer, if you happen to own a full-sized pistol manufactured in the past 80 years* or so, turns out to be . . . you.

I know this because The Hill reports that, after what we must assume was careful and objective analysis (i.e., asking a couple of anti-gun lobbyists what they thought), Sen. Murphy is throwing his support behind the push for a new federal law banning magazines that hold more than 10 rounds because, he says


. . . he has not met “a single hunter or a single person who hunts for sport” who needs more than 10 rounds [and] those who wanted high-capacity magazines were more interested in “arming against the government.”


Now, I'm not going to engage in a political assessment of the bill's chances for passage. (Which are, in the words of Dean Wormer, zero-point-zero.) Rather, let's address this notion that the reason folks want to own modern firearms is to take arms against the government.

I've pointed out before that when it comes to the founding philosophy of this nation, there are some absolutely essential bits that get all too conveniently forgotten -- or intentionally ignored -- by the fellows who consider themselves to be in charge nowadays. Because a belief that men have God-given rights that other men cannot take is a fine and a true and a worthwhile thing. But what it isn't, in and of itself, is any sort of justification for even a punch in the nose, let alone bloody revolution against one's duly emplaced leaders. Not by a long shot. If you want to wage war against your own government -- precisely what the Founders did for eight and a half deadly years -- you're going to need something more. You're going to need to to keep reading:


That to secure these rights, Governments are instituted among Men, deriving their just powers from the consent of the governed, That whenever any Form of Government becomes destructive of these ends, it is the Right of the People to alter or to abolish it, and to institute new Government, laying its foundation on such principles and organizing its powers in such form, as to them shall seem most likely to effect their Safety and Happiness.

That was the justification upon which Americans committed what most viewed as a grave sin and abolished their until-then-lawful government. And if it ever becomes necessary to do so again, the justification for such an awful event will be precisely the same.

The Founders knew that to be true. And, having just thrown off one tyrant, they did not imagine for a moment that there were no tyrants left.  Indeed, they recognized in themselves and in each other the human inclination to tyranny -- what Frederic Bastiat calls "A Fatal Tendency of Mankind" -- and they were determined to guard against it. That's why the Constitution creates three co-equal branches of government. And that is at least one reason why, when they set out the Bill of Rights, they put the Second Amendment second.


* I make a distinction here between revolvers and pistols, and I arbitrarily picked 80 years because that is the year John Moses Browning's second most-famous pistol made its appearance, seven years after his death, but incorporating important improvements he wanted to make to his more famous 1911. The Browning Hi Power -- or P35 for its first year of manufacture -- had a magazine capacity of 13 rounds in 9mm and set the trend, still followed today, for pistols to carry as many rounds as conveniently fit, given the grip size and caliber.


Posted by Robert Kuntz at 5:03 PM No comments:

Let's establish at the outset that I am no fan of Ted Cruz. I think he's a buffoon and, as a key player on Team R, instrumental in the most dangerous intramural scrimmage ever played. But it turns out I am even less of a fan of sanctimony and race-baiting and the tyranny of orthodoxy -- equally so the left-handed variety as the right. 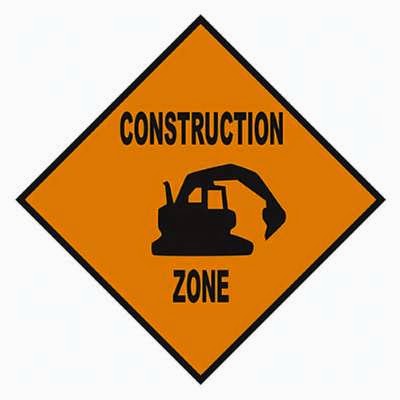 Race, certainly, and even ethnicity are, to a large degree, just social constructs. If you tell 50 people in a room to stand up and arrange themselves from darkest to lightest, you'll get some pretty funny looks* but you also get to observe an interesting phenomenon: Reduce someone's literal place to the single signifier of his skin color, and the light begins to dawn about how much more complex the concept of race really is. Just as interesting -- especially in the United States -- is to ask someone about his ethnicity and listen to the second order algebraic equation that follows.
There's nothing wrong with this, so long as you let people do it for themselves. Our own idea of our race and ethnicity helps us to fix ourselves in the great, centuries-long parade of human kind. It gives us a context and place from which to view the world. It gives a list of foods we really like.
Now, I cannot speak in detail to the race or ethnicity of Amy Louise Bardach, who recently posited that Ted Cruz doesn't get to call himself Hispanic because of his politics. But Bardach doesn't sound** especially Latino, and neither -- if that happens to be a married name -- does Amy Louise.*** So I am left to wonder: Where does she get the nerve?
This kind of reductive, aggressive, third-party imposition of identity is beyond offensive. It is the worst variety of the Theory of Ubiquitous Polarity. It is just another stripe of telling people what they are allowed to believe and, in the hands of a powerful institution like The New York Times, or the federal government, or the Central Committee, or the Gestapo****, or any other tyrant, it's damned dangerous.

My wife is white (well, really this kind of amazing cafe con leche color) but clearly Latina. ("Latino" versus "Hispanic" is another discussion.) My boys are white (well, one's sort of tanish-white and the other is a little more beige) and medio-latino. I'm white (well, OK, sorta ruddy, blotchy, freckly white) and half Irish, half German (albeit I was raised in an entirely Czech family, and so identify there as well). None of that changes depending on how any of us vote, anymore than it does if one of my sons suddenly decided he didn't like beans and rice.***** And no editorial writer gets to tell us - or Ted Cruz, for that matter - otherwise.
Doubt me? Here's a simple exercise. Imagine a Wall Street Journal editorial positing that Barack Obama is not really black.

But maybe, before you try that thought experiment, you'd better put on a hard hat.

* I know because I have done exactly that, rather to make this very point to a classroom full of folks who were -- because of another social construct -- largely inclined to do as I asked.

*** And in any event, if it seems offensive to you that I'd speculate at all about her ethnicity, maybe go ahead and check your irony meter for full function.

**** What good is to have Godwin's Law if we cannot break it from time to time?

***** Consider it an argument ad absurdim.

Posted by Robert Kuntz at 12:31 PM No comments: