One of Robert’s Rules holds that any idea expressed through this formulation – “If we can [verb] just one [noun] then [rule, requirement or restriction] will be worth it.” – is errant nonsense. Always and without exception. 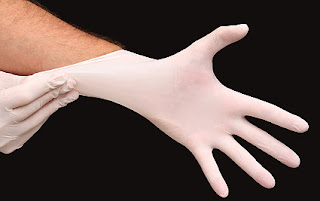 As with most of the Rules, examples are ubiquitous. In many cases the examples, while surpassingly silly, are at least harmless. Unfortunately, as innocuous as many instances are, this formulation can also be the source, justification and means of limitless folly and bottomless evil.

The dangerous power of this particular incantation lies in the seductive, implicit math of the first clause, which renders every such proposal inherently effective. Put another way, with a sufficient number of samples, the proposed action can always be shown to have – in at least the single instance required – the proposed result.  Put still another way, these kinds of rules always “work” on their own terms, and this very “effectiveness” then becomes a basis upon which their proponents will defend them.

For example: “If we can save the life of just one squirrel by mechanically limiting the speed of all motor vehicles to 12 miles an hour, that will be worth it.”

This is going to “work.” Propagate the practice sufficiently, slow down enough motor vehicles, and you will soon be able to identify at least one squirrel spared fatal flattening to live and scamper another day. So, because the proposal is statistically guaranteed to “work,” the only objection available to you – if you’d like to, say, allow an exception for fire trucks and ambulances – is that the single saved squirrel really isn’t worth the other, unmentioned consequences of the proposal. (Which optimistically assumes you can distract the joyful squirrel lovers* from their celebration over passage of the Squirrel Protection Act long enough to consider other consequences at all.) Your objections must all then depend upon subjective assessments of what is "good." In our example, while you’ll perhaps have plenty of human support for your opposition, you can expect that  squirrels – who have no need of  firemen and don’t get to ride in ambulances – will be strongly in favor, and they’ll be joined by a coalition of raccoons, opossums and stray cats.

And so I give you “airport security,” every demoralizing, mind-bending, randomized, futile measure of which is justified in violation of this Rule, which now can be stated thusly: “If allowing us to submit travelers (including their children) to a choice, between  either being photographed in the nude or having their genitals fondled, saves just one life, then it’s worth it.”

Unlike the Squirrel Protection Act above, this is not some exercise in reductio ad absurdum on my part. It is instead precisely the choice you have had since early November if you fly though a large and increasing number of U.S. airports: Submit to backscatter radiation full-body scans (which produce pictures far more detailed than you have been led to believe, which are stored and which have health effects worrisome enough to concern those who fly for a living) or be punished with what amounts to public sexual molestation.

At best, at its most benign, this is security theater – wasteful and ultimately dangerous because it funnels our limited resources into futility and it anesthetizes us to real threats. At worst, at its most malevolent – and, I fear, at bottom – these increasingly draconian measures and mounting humiliations are really about helping the sheep get used to the chutes.


*For the record, I love squirrels. Yes, a squirrel is little more than a rat with a bushy tail and a nose job, but he has personality. As we know from Jules and Vincent, personality goes a long way toward determining the worth -- and edibility -- of an animal.

Updated: Maybe folks are deciding that enough is too much, as my Grandma used to say.

Updated: This. Watch this.
Posted by Robert Kuntz at 12:10 AM