I am still bugged by this "Homeland" business. It's not just that I find the word ominous, it's the particular nature of its ominousness. 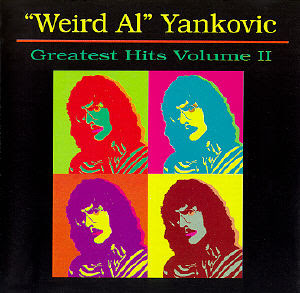 Besides the Ministry of Truth vibe, it's offensive as a word qua word. You cannot trust a word that can simultaneously ring of both fascism and collectivism. It is a word both cloying and caustic, so that, when used in the phrase "the Department of Homeland Security," it somehow manages to be twee and quinine bitter at the same time.

Still, as bleak as the very word leaves me, I really thought I was writing parody when I suggested that the helpful folks at Homeland Security, with their nudie x-rays and blue rubber gloves,  might be coming soon to an interstate rest stop near you. As it turns out, however, and as this one minute and forty seconds of video demonstrates, some things simply cannot be parodied.*

I know you'll recognize the scary part, but let me tell you the scary part. The scary part is that, just that fast, these fellows have dropped any pretense that this is about the safety of the traveling public or even terrorism. Listen closely, beginning at 0:38, to the list of things they are "looking for" which includes: "threats to national security,"**  "immigration law violators" and "cash." In other words, the folks in charge of Der Vater. . .  er  . . .  домовина . . .  um  . . . the Homeland admit they have turned "traveler safety" into one giant pretext stop. It's  widespread warrantless searches for anything we can turn up. Everyone gets to play. Three lines, no waiting.


If you happen to be a Constitutional law buff, and you want to put a finer edge on your outrage, set down the Fourth Amendment for a moment -- you won't be needing it anyway -- take a look back at Article 1, Section 8, Clause 3, and consider that these bus riders are expressly traveling between destinations within the state of Florida, but are being subjected to screening by a cadre of Federal operatives.


The story goes that, on his way out of the Pennsylvania State House at the end of the 1787 Constitutional Convention, Ben Franklin was asked by a passerby what sort of government the delegates had created in the document they drafted. Ben is said to have answered: "A Republic, if you can keep it."

*For those with dial-up or a disinclination to click through: DHS, ICE, Border Patrol and Tampa police screening folks getting on a Greyhound and saying why.

** This I understand, actually. I imagine that plenty of baby-faced, traitorous, disaffected, 22-year-old, Army PFCs ride Greyhounds. That is who the fellow is talking about, right?
Posted by Robert Kuntz at 5:36 PM