Across America there are great hordes of folks --  9-11 truthers and birthers and anti-Bilderbergers and a dozen other varieties -- who are convinced not just that things are bad, but that they are bad intentionally, in an organized, centralized way. 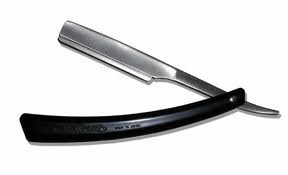 Everybody, it seems, loves a good conspiracy theory. In a great new book, Voodoo Histories: The Role of the Conspiracy Theory in Shaping Modern History, David Aaronovitch explores lots of popular conspiracies (Marylin's death gets plenty of ink), delves into the extremes of credulity, and examines how belief in even the wildest, contra-factual scheme can serve the needs of those who believe it. Often enough, it seems, there's such comfort to be found in the notion that someone is in charge, that events have order and worldly meaning, that belief in a malevolent plan is unconsciously preferable to belief that that there is no plan.

In that vein, what used to interest me in discussions like those now ongoing over TSA abuses was the question of “why?” Even when considering "officials" who groped grandmothers, strip-searched children, seized prosthetic breasts, interrogated travelers carrying legal amounts of currency, evacuated ostomy bags, threatened arrests, shared nude photos, robbed human dignity  and vitiated all manner of rights, I would – in the normal course – have dismissed notions of any grand and evil plan.

Instead, I would have leaned toward two 19th Century French political philosophers from opposite ends of the spectrum: Napoleon Bonaparte (who warned not to attribute to malice what can be accounted for by incompetence) and Claude Frédéric Bastiat* (who wrote extensively on the nature of the State -- most relevant here, the characteristic that it will always seeks to expand its powers). I’d have then wielded Occam’s Razor and concluded that the State was simply being the State, just as the State would always tend to be.

But, of late, I am coming to believe that the line between conspiracy and statist inertia is the wrong place to cut. Instead, the line that matters is the one between analysis and resistance. To put it in terms those my age will recognize, I think we are past the time where it useful to wonder why the boot is pressing down ever more firmly on our throats. Many thousands of people will do that tomorrow in what can only be called protest by way of civil obedience. It's a start.

If you live in the company of other human beings, you are either a citizen or a subject. The difference between them is that the former are governed through a consensual grant of their own authority to the government, while the latter are ruled by the exercise of the ruler's own authority. Since 9-11 -- whether by intent or simple statist inclination -- the question of which we in America shall be has become a live one. Any hope that question was limited to life under the prior administration is gone.

We will answer it -- or it will be answered for us.

* Haven't read Bastiat? He was a French economist and social theorist. His most important work, The Law is available online and, as mid-Nineteenth Century political philosophy goes, you will find it very pleasant reading. An example:
"If the natural tendencies of mankind are so bad that it is not safe to permit people to be free, how is it that the tendencies of these organizers are always good? Do not the legislators and their appointed agents also belong to the human race? Or do they believe that they themselves are made of a finer clay than the rest of mankind?"
Posted by Robert Kuntz at 2:44 PM